Leilani Münter’s article on what’s going on between GM and Tesla in Indiana and other US states, speaking from my heart: 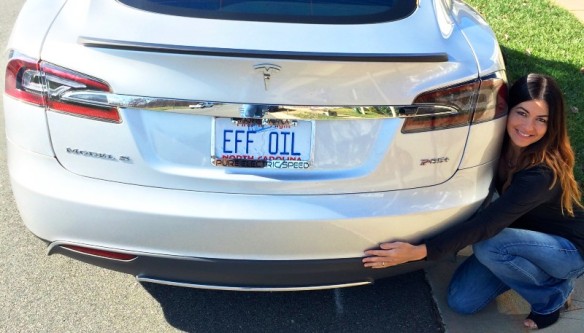 “In an incredibly public display of insecurity in their abilities as an auto manufacturer, General Motors recently backed a bill that would block American electric car manufacturer Tesla Motors from selling cars in Indiana. It was shelved for later study, but Tesla has faced direct bans in five states: Connecticut, Michigan, Texas, West Virginia and Utah. In Utah, at least, the issue is being litigated as a misapplication of law and is now before the Utah State Supreme court….”

“I do believe that the fact that GM is trying to block their competition from selling cars while Tesla shares their patents with the world speaks volumes about who they are morally and ethically as companies….”

Use our referral link http://ts.la/rolf9739 when purchasing a new Tesla Model S: First 3 referrals that take delivery of the car before April 15, 2016, will receive a US$1,200 credit towards the cost of their home charging installation.